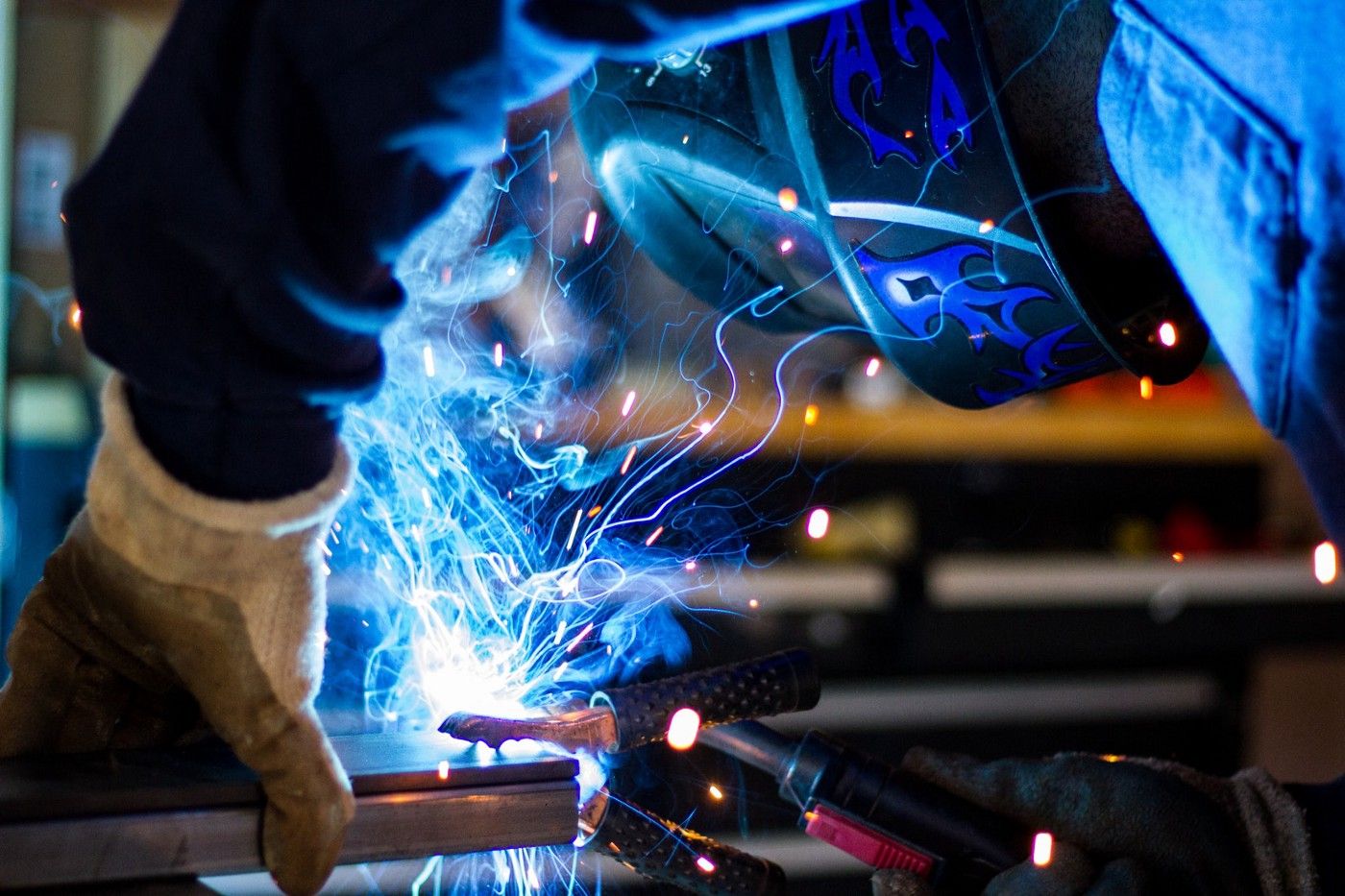 Photo by Rob Lambert on Unsplash

Running experiments and building prototypes go hand in hand. When doing any kind of validation, you need something to show to people in order to get their feedback. That’s what prototypes are for.

What is a Prototype?

When validating ideas for startups, products and services, usually people talk of building a prototype, mockup, proof of concept, or even an MVP or Beta as if these are interchangeable.

This leads to unclear situations and can mean you lose track of what you’re trying to achieve.

If you’re not careful, the image that the words ‘minimum viable product’ conjure up is that of a shiny, usable, ‘feature complete’ product, ready to be rolled out to actual users. This can put you on a slippery slope: instead of using a lean approach, focusing on validating assumptions, what started as an ‘MVP’ becomes a goal in itself, and feature creep and gold plating set in.

A prototype is nothing but a tool to help you validate a specific assumption.

Validation requires prototypes to be able to create strong and objective signals that tell you if your assumption is validated or not. Asking people about their preferences and interviewing them about what they ‘might do’ when a product or service became available is simply too unreliable. They can’t answer such questions truthfully.

The only way to be at least reasonably sure of what people will actually do is by putting them in the situation where the product or service exists, and observing their behaviour.

The function of a prototype is to provide as cheap and simple a way as possible to create that situation.

Therefore, prototypes usually involves faking (aspects of) the actual product. The point is to present users with a situation where they can experience the product or service as if it already exists, in order to observe their behaviour. It is not the goal to build a ‘light’ version of your final product.

Prototypes come in different levels of complexity and detail, ranging from ‘lo-fi’ prototypes to ‘hi-fi’ ones. Lo-fi prototypes are far cheaper and faster to make, so it is worthwhile to try to validate assumptions with the lowest fidelity prototypes you can get away with: this means you can iterate faster (and learn faster) and you can try more things.

It is not necessarily the smallest product imaginable… it is simply the fastest way to get through the Build-Measure-Learn feedback loop with the minimum amount of effort.

So, rather than looking at the hi-fi side of the range, where MVPs, Betas and technical proof-of-concepts live, it makes sense to have recipes for lo-fi prototypes that you can use to quickly test something.

What prototype should you build?

How to Run Experiments for Problem Solution Fit

Try to work from your Riskiest Assumptions and be creative in the way you want to test it, define an experiment, and try to come up with the cheapest, simplest way to get a good signal. Look at the list of 20 prototypes below for inspiration, but keep in mind that simpler and faster is better!

Example For a mobility startup, we needed to validate if the location of vehicles was an important factor in deciding to register. We located users of three existing car sharing services and interviewed them.

Start pre-selling the product or service before you have created it to gauge interest. Of course you do need to be careful not to trick buyers into buying something you have no intention of delivering, but if you are upfront about it, this strategy can give a clear idea of the interest for your product or service.

Create a fake advertisement and place it on a screenshot of a website or photoshop it into a magazine. This is a cheap way to give respondents the idea your product or service is legit when you are interviewing them.

Create a data sheet for your product or service, listing the most important features and characteristics. Show this to potential customers to get a sense of what features they find most important.

Create a brochure (digital or using a cheap print-on-demand service) for your product or service. This requires you to come up with plausible copy and branding, but remember that it is only a prototype and that it definitely does not have to be your final branding or name.

Create packaging for your product or service, as if it would go on a shelf in a shop. What do people want to know when they pick up the box? What are the key features and information they look for?

Create a fake version of the product, and show it to people to see their reaction. It can be a digital mockup that you experience on a device, or a physical one. For physical mockups, this allows you to see how a potential customer responds to qualities like size, weight, shape, and colour.

Example For the book Design A Better Business we created mockups to see what colour cover would be most visible in bookstores. We used books with similar size and weight and stuck on our mockup covers. We placed these in a bookstore and observed. When someone picked them up, we would ask why they did that and what their expectations were.

Instead of using programming and design tools to build a digital prototype, simply use paper, scissors, glue, and markers. It allows everyone on the team to contribute, is very cheap to change, and you can show it to people to get their initial reactions quickly.

When wireframes or designs of screens for a digital product or service have been created, convert them into a digital mockup that allows you to observe users interacting with your product. Using e.g. Maze you can also send these prototypes out to people to gather feedback.

Create a landing page for your product or service. Measure interactions on the page, and have users sign up.

Add a new button on an existing site for a new feature, and measure how many people click it. The button doesn’t actually work, but leads you to a ‘coming soon’ message, or perhaps to a questionnaire.

Create a waiting list with email addresses, and give out invites or run a simple campaign. Track how fast you sign up people for the waiting list.

Create a video trailer of how the product works, and use that to give potential users the idea it is a real product or service.

Example Dropbox created a video demonstrating their product well before it was finished to capture sign-ups. (Watch founder Drew Houston talk about this experiment on youtube)

Create multiple versions of your prototype. Each version is different only in the aspect you want to measure. See which of the versions is preferred by potential customers.

When e.g. organizing a complex event, or designing a complicated interaction or business process, do a play through with your team or with potential users to see if you are on the right track. Use board game pawns and counters to play out all the different steps of the interaction and see what kind of decisions users make and what questions they have.

When you’re developing a product or service that depends on a complex piece of software or automation that doesn’t exist yet, you can rig the prototype so that a human takes the place of that software. The users think they are communicating with a system, but behind the scenes actually a user performs the interactions.

Example For a cybersecurity proposition, one of the ideas we proposed was to build a chatbot. We wanted to quickly understand if users would be open to this form of interaction, without building anything. We simply bought a prepaid sim card, setup WhatsApp, and named the account ‘Kevin’, with a nice robot profile picture. Then we created a script and asked respondents if they would drop Kevin a message. Of course, in reality we were doing the chat ourselves, following the script closely.

This is similar to the Wizard of Oz prototype. A human manually fulfils a (large) part of the interaction. In a Concierge Model, the potential customer doesn’t need to think they are talking to a computer, however.

Another way to reduce complexity is by foregoing the promise of continuity. It is much easier to run a shop for a week than it is to operate year round. Pop-up shops are a great way to see if there is interest for something before going all in.

A nifty way to figure out if there is interest and getting price signals at the same time. The first person pays the lowest price, the second a slightly higher price, and so on. You keep raising the price until it starts to become hard to convince people to buy.

Example For Business Model Generation, Alex Osterwalder used this approach to raise awareness and interest people to be a proofreader.

There are undoubtedly many more kinds of prototype out there, and I’d love to hear about them, so please don’t hesitate to tell me about them in the comments!

You've created a Value Proposition that you want to test. Either because of uncertainty, creativity, or feature creep, you've got way too many options. How can you get your customer to help you find the most important features?

Thinking about a new startup or innovation project? Get the creative juices flowing and find and validate your idea with this online course.

The first tool guide: a 30+ pages step-by-step guide plus print-ready canvases in high resolution, a workshop screenplay, and examples.

Find Your Next Startup Idea

Learn how to quickly and reliably come up with hundreds of amazing new ideas and business models for your next startup.

The Customer Journey is a tool to help you get insight into, track, and discuss how a customer experiences a problem you are trying to solve.

The experiment canvas helps you design the right experiment at the right time. With this canvas, it is easy to design a well-defined experiment.

The Persona Canvas gives you an easy to read visual of that can help you to understand your users or customers. What are their goals? What are they trying to achieve?

When you are developing a new digital service or startup, it is vital to understand how you will reach your customers. The Pirate Metrics Canvas helps you make sense of this process.

Get a new tool in your inbox every week

Sign up for free now and receive a weekly email with one new innovation tool straight to your inbox. 🚀